As many new market participants enter the crypto markets over the past previous weeks, one of the most common questions which arises is:

“Why the hell is crypto so expensive in Vietnam? Are you ripping me off?!?”

The confusion usually stems from comparing international (western) market prices to the local market prices in Vietnam, which at times (especially in recent weeks) trade at a significant premium.

So why are there these differences in the rates and what are the reasons for the spread between official and market rate?

First let’s look at the definitions:

Provided by the country’s Central Bank

Basically the board of governors of the central bank decides by decree what the rate is supposed to be.

In case of a non-free floating currency regime, divergences between the official and the market rate may occur if the central bank interventions prove insufficient to close the gap between officially proclaimed exchange rate and the actual exchange rate of the currency in the open marketplace.

The actual exchange rate of the currency determined by participants in the marketplace.

It does not matter if the official exchange rate of currency A to currency B is proclaimed to be 10:1 by the central bank.

The places who would still offer the official rate of 1:10 would be sold out and bankrupted in very short order.

This happened e.g. when the US bankrupted itself in the late 19th century when they tried to implement a fixed currency exchange rate between silver and gold which did not reflect the actual market rates.

Vietnam is not alone with a local a Bitcoin premium

Just some of the other recent examples where the official rate set by the central bank does not reflect the actual value of the underlying fiat currency:

Note: Do not expect the prices of US/EU exchanges if you are based in a country with tight capital controls and an official currency exchange rate which does not reflect the true purchasing power of the currency.

What are the reasons for the price differences in Vietnam?

As most Vietnam-based clients and users are very well aware of, Vietnam currently does not have free flow of capital across borders.

This is in line with the “Impossible trinity” of policies to be pursued by a nation’s central bank.

Only two out of three objectives can be met at the same time.

Vietnam follows a fixed-exchange-rate policy as well as a sovereign monetary policy. This comes at a cost of inhibiting the free flow of capital across borders. 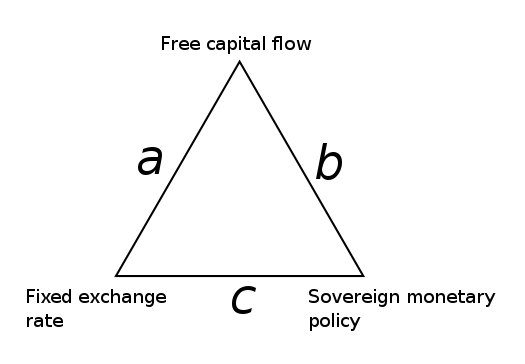 For this reason cross-border arbitrage is slow, expensive and cumbersome – which means that prices in Vietnam will not always be in line with the international market rates.

The Vietnamese central bank has recently undertaken various measures to curb the outflows of Forex reserves via various semi-legal & grey-market channels, such as fake invoicing and/or usage of credit/debit cards for various purchases offshore.

Shutting down these capital outflow channels is leading to a higher price premium pressure on the local crypto prices, since crypto has now “less competition” as one of the few remaining ways to move money out of the country.

Since Lunar New Year 2021 we have seen a strong rebound of the infamous “Kim Chi Premium” which made its first appearance in late 2017/early 2018 around the last cycle’s market top. 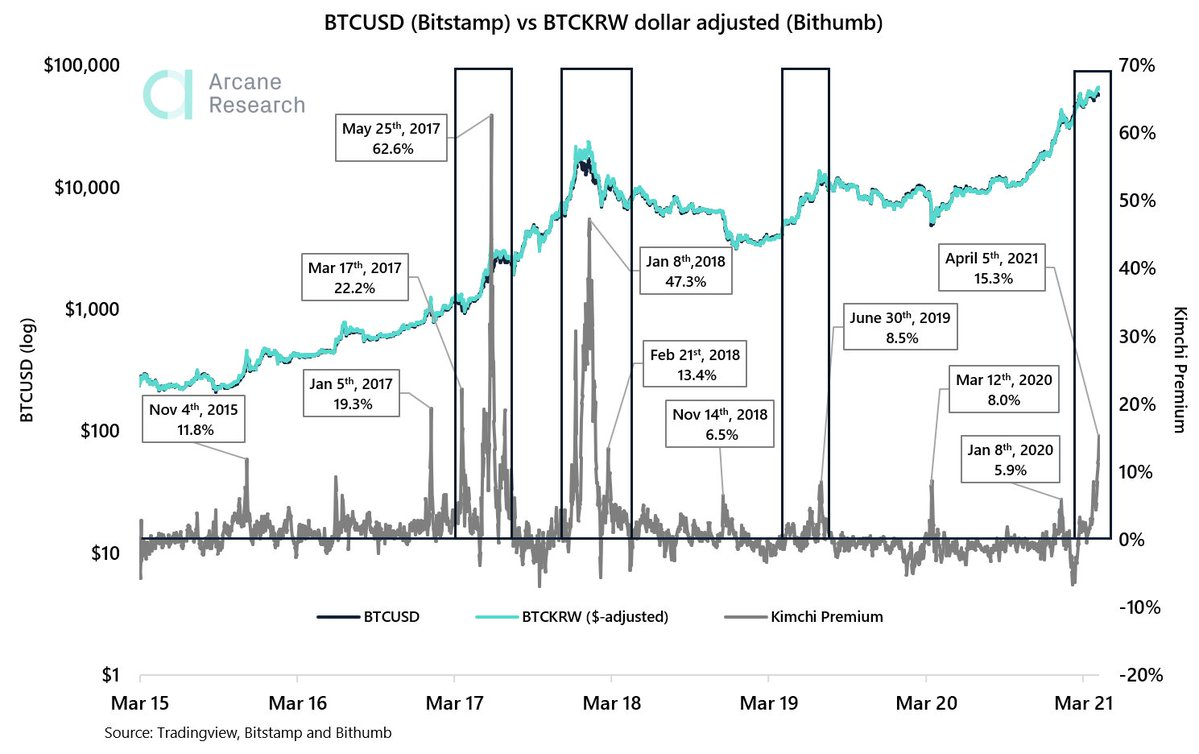 In recent days we have seen the Kim Chi Premium reaching up to 20% over the Western market prices – which naturally also has an impact on the local market prices in Vietnam and pushing them higher.

“Why is that?!” you might ask at this point.

Well, if you have been in Vietnam for any decent amount of time you are certainly aware of the large numbers of Korean expats living and working in Vietnam, led by brand name large-scale FDI investors such as Samsung or LG Electronics over various mid-sized manufacturing, trade and service companies down to individual Korean businessmen connecting Vietnam with their home market in Korea.

Many of these Korean businessmen, expats and delegates are actively arbitraging the Kim Chi Premium – and are therefore happily buying Bitcoin at 5% premium and more in Vietnam, if they have the channels set up to sell it for 20% in Korea.

While you might find Bitcoin at 5% over e.g. Coinbase USD rate rather expensive – the Korean countrymen will see them as cheap if they can fetch the premium for which Bitcoin trades in their home market.

When do prices in Vietnam normalize again?

Well, we got no crystal ball.

What we can tell is that the current period is indeed the highest and longest-lasting premium we have seen in over seven years of operation outside the Q4/17 – Q1/18 market top of the last cycle.

Over the whole course of 2020 the premium over the western markets usually ranged just within 1-2% compared to the official rate provided by the central bank.

Tendencially there is a good chance that the premium will persist for a fair while longer as long as the Kim Chi premium persists in this bull market cycle.

So do not expect the prices to drop much closer to the official central bank rates soon.

Unless of course: The central bank reacts by officially devaluing the Vietnamese Dong further against the US Dollar – which might however lead to further temper tantrums in Washington which already last year accused Vietnam of “pushing down the dong for a trade advantage”.

If you are interested in economic topics and want to deepen your understanding of artificial price controls – a very beginner-friendly work is the book “Economics in One Lesson” by the fabulous Henry Hazlitt.

It is available as free PDF download at the Foundation for Economic Education.