As possibly the most notable change to previous periods remains the unrelenting success of USD-backed stablecoins – and in specific Tether – to clean up the market for remittances and international money transfers.

Tether succeeded in unseating Bitcoin as the major transfer mechanism for remittances sent to Vietnam. 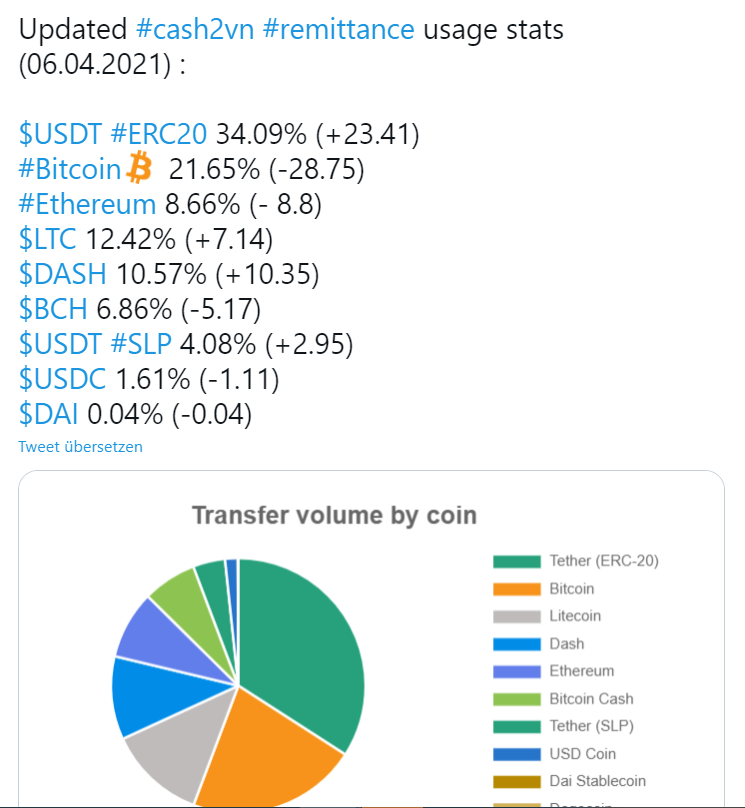 A further observation is that low-fee blockchains such as Dash or Litecoin saw explosive usage growth, certainly last but not least driven by the increasing transaction costs on the blockchains with the most on chain usage such as Ethereum or Bitcoin.

The circumstantial statistical evidence provided by the Cash2VN team seems to indicate that transactions on bitcoin and ethereum blockchain (the “base layer”) are not viable for much longer as payment mechanisms for retail users.

While BitcoinVN – the mother entity of Cash2VN – recently announced a strategic investment into Vietnam’s leading Lightning service provider Neutronpay, it remains to be seen when and if such layer 2 solutions are able to mitigate such issues in the future.

More interesting data came out regarding the average remittance size of each cryptocurrency/stablecoin.

Tether again is leading the charge by far, with the more expensive ERC20 version utilized mostly by “whales”.

However, looking at the number of transactions it is visible that native cryptocurrencies still dominate the remittance market in Vietnam by far.

USDT (ERC20 & SLP combined) account for approximately only 12% of the total transfers initiated and comes in fifth behind Ethereum which amounted in the measured period a total of about 14% of transfers.

Despite the recent rise in popularity across the web and its relatively cheap transfer fees, Dogecoin accounted for only 0.34% of the total transfers.

More hype than actual usage? Or have the fellow shibes just not found out yet about what else they can do with their Doge besides going to the moon? 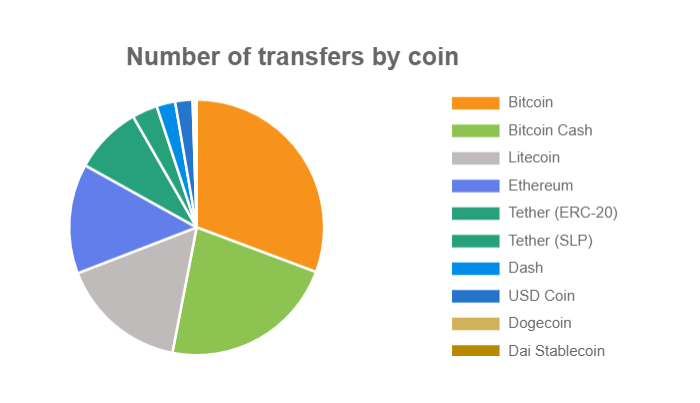 Will “King Bitcoin” be able to take back it’s crown from Tether as time goes by?

Let us know your thoughts in the comments section!